When you must say ‘sorry’ be fair to yourself and to your actual customers.
By: Peter Boyce

Off the top, I’d like to say in advance that I’m sorry for this blog post. Or should I say I apologize if it falls flat or sends the wrong message or offends anyone’s sensitivities. I’m not going to try to explain my intentions for writing it. My motivations are completely irrelevant. I’ve offended you, nothing else matters.

Literally every day we hear of a brand having to apologize for either doing something offensive or for failing to deliver a message in an appropriate way. I won’t point fingers. That would offend someone and I’m fearful that my apology would be misconstrued.

As communicators, we’ve been taught the art of the well-crafted apology, which sometimes, involves not really apologizing for anything we’ve done, just for the mere fact that we (or someone we represent) has caused offense. However, with the ever-increasing waves of brand apologies we are also seeing that they often seem to only add fuel to the fire. There are instant denouncements on social media: “They should have known better!”, “Do they even know why they are apologizing?”, “Their apology shows complete insensitivity, only proving more that this brand just doesn’t get it.”

Flying on a wing and an apology

‘Sorry’ is the easiest word

Brands, perhaps rightly so, feel a sense of urgency to do the right thing. Often an apology is absolutely warranted. Yet, as almost any human knows, apologies can be easy to deliver and hard to back-up.

If a brand is in the habit of making apologies to the extent that they form a large percentage of its communications, especially on social media, what does that do to the perception of that brand among those people most likely to choose its products or services?

As a consumer, do I really want to choose a brand that is constantly making poor decisions and having to apologize for them? Wouldn’t you prefer one that is thoughtful and can explain what happened when they erred and what they’re doing to make things better?

To make things even more confusing and stressful for brands, media reports of brand mistakes and apologies tend to latch onto social media sentiment (using Facebook and Twitter posts as evidence) as the key measure of how consumers see your brand and why they’ll make you pay for your transgressions. In that moment of crisis, it’s tough to see the bigger picture.

The truth is, in the long term, after the social and mainstream media attacks have subsided, we often see that their impact on brand health and sales is minimal or (dare I say) even positive. Just ask Pepsi after enduring the outcry against its Kendall Jenner ad.

This raises the question: to what extent does the indictment of a brand (especially on Twitter and Facebook) on social media reflect the sentiment of consumers in general, or of its target audience more specifically?

There are a few likely realities companies and brands (or anyone for that matter) will continue to have to face:

All things considered, when you really must issue an apology, see it as an opportunity to provide context for your intentions. If possible, share assets or information that help give your customers (not the pack who will attack you anyway) context so they can judge you based on the evidence. Don’t sell yourself as the victim. That makes you a target. If you’ve been misjudged, your audience will see this.

And make sure you are clear about why you are apologizing. It shows self-awareness and thoughtfulness. Maybe your intentions were pure and consistent with what your brand is all about but you fell down somewhere along the way.  The people you care most about might just see how you went wrong and cut you some slack or even reward you for your openness.

If you must say “I’m sorry”, don’t forget to be fair to yourself and to everything you have done right. This is much more meaningful and harder to attack than a knee-jerk apology.

Having said all of this, maybe I’m not that sorry for this blog post after all.

Harbinger is a Toronto-based North American marketing agency with expertise in product launches. We help brands get noticed and purchased. 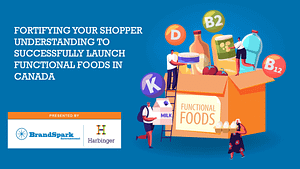 View an archive of our latest webinar.

Many of our clients come to us for an immediate need, but most keep holding-on for years and beyond!
Let’s connect and see how we can help you too!